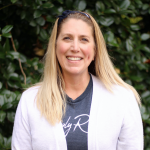 Originally from Michigan, we moved to Middle Tennessee in August of 2015 when my husband’s job had transferred him.  I was very excited to be living somewhere warmer than where we were before! Was also very excited to be able to have the opportunity to homeschool our son, Jordan.

I had learned to cook more so from my grandparents who came from Czechoslovakia, than from my parents.  It was exciting to learn some of their family recipes which we are still making today.  I had learned to bake and decorate cakes in Middle School. Although most of the time they didn’t look fabulous, it was a starting point that continued into something that is more than just a hobby. I began to bake cakes, cookies, cheesecakes, brownies, and make candy for my family and friends. Today, I have learned to make all those delicious sweets healthier and with less sugar.

In the cooking classes, Brunch Bunch and Cooking Club, it is my goal to help children be more confident in the kitchen, be able to plan and prepare meals as well as unleash some of their creativity by allowing them to experiment with different foods. As with our son, allowing the children a chance to create something of their own, will help them to see that cooking isn’t just something you HAVE to do but something they WANT to do.