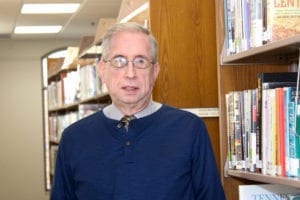 After more than four decades as a writer and teacher, Jim Leonhirth is working as a tutor and on writing and editing projects.

Leonhirth has provided nearly 500 hours of tutoring in writing, English, ESL, government, and history through the Wyzant tutoring service. He is in the top 10 percent of Wyzant tutors ever in regard to total tutoring hours.

Leonhirth also has completed a book about an Italian-American family of visual and performing artists and their adventures through several generations. He is continuing to seek a publisher for the book.
Prior to returning to Murfreesboro in 2001, Leonhirth spent nine years in academia as a doctoral student at the University of Florida, as an assistant professor at the Florida Institute of Technology in Melbourne and a visiting assistant professor at the University of North Florida in Jacksonville and Texas A&M University in College Station.
He had worked for nearly 20 years as a newspaper reporter and editor in Tennessee and Alabama and edited and published Southern Currents, a science and technology newsletter based near Huntsville, Ala., for five years. This project introduced him to many of the issues that digital and online communication technologies are raising.
Leonhirth earned his Ph.D. in mass communication from the University of Florida in 1996. He received his M.A. in public affairs journalism at American University in Washington, D.C., in 1977 and his B.A. degree from Middle Tennessee State University in 1973 with majors in international relationships and history.
Leonhirth has worked as an adjunct instructor at Middle Tennessee State University and Motlow State Community College and taught a media law course for the Tennessee’s Regents Online Degree Program.